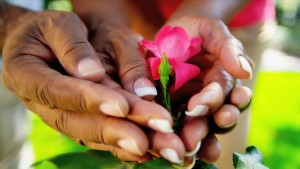 Over the past few weeks as voices calling for the Confederate flag to be removed from government buildings grew stronger we watched many respond with “a new awareness.”  Businesses, organizations, and even a few politicians found their voices to speak for the removal of what for many is a symbol of hate and racism.

Along with those voices there were others, others who told a different story.  They spoke of heritage and pride in their history.  As a “Yankee” who spent six of the last seven years below the Mason Dixon line permit me to share this observation.  There is a different understanding and appreciation for those who fought and died in the Civil War (or War of Northern Aggression depending upon your viewpoint).  I am sure there are members of my family who fought in that war, I can neither tell you their names nor their stories.  For many of my family and friends in the south the names and stories of those within their families who fought and died are not a distant memory but a very important part of their heritage.  When I hear cries of, “This flag is about heritage,” there is a piece of me that believes for some people this is truth.  I also believe that for others the flag has little to do with honoring ancestors and more with a longing for a time when there was always someone a rung or two below your station in life.

There was a third set of voices that started to make themselves heard as the talk of removing the Confederate flag expanded into canceling television shows and the like.  Those voices sang out, “I never thought that” “I did not see it as a sign of racism” “It does not mean that for me.”  The common theme of the voices that spoke this way was to show themselves as enlightened, or “cured” from the evils of racism.  They spoke of a society where only the racist see racism everywhere.

Words such as these make me cringe.  Honestly they make me cringe more than those of the people who stand on the street corners demanding their right to fly the flag.  They make me cringe because they reveal how blind many of us are (myself included) to the experiences of others.  They show how much we see the world through the lenses of our own experience, and how little we often understand of the lives of people who do not live nor look like us.  As a white man who has never been forced to deal with racism in the way so many have how could I expect myself to see what they see, or feel what they feel.  My privilege has been to go through life blind to how some of the things I take for granted and do not find in the least bit threatening, are intimidating and harmful to others.  I have the privilege and power to shrug off some of the very things that threaten and intimidate those who do not look like me.

I was made aware of this privilege and felt the power that it brings when it was taken from me.  I was part of a college class in Philadelphia, our assignment was to go to a theater and see the movie Mississippi Burning.  A small group of seven or eight of us left to go find the nearest movie theater and get the assignment completed so we could have the rest of the night off.  As we took our seats it was quickly apparent that we were the only white people in the huge theater.  The place was packed.  We who were usually the comfortable majority now found ourselves the uncomfortable minority.  The longer the movie went on, the more the story was told, the more interaction people had with the screen.  Shouting, cheering, and passionately involved in this painful story of the civil rights movement.  As we filed out of the theater the lesson I took home had little to do with what had been on the screen.  I had felt, for the first time in my life, as though I did not belong…my privilege had been exposed and God was beginning to do a work in my life.

Speaking words such as “I never thought that” reveal the truth that we have been privileged enough to live life without having (or being aware of, or worse yet pushing aside and denying) racist encounters with individuals and systems.  The focus has been our experience.  We have not allowed ourselves, or been willing to do the hard work, to see the world through somebody else’s eyes or their life experience.  The next time you feel yourself thinking that way or find yourself tempted to speak or type such words pause and invite God to show you how someone different from yourself might experience life in a different way.  See if there is something you can learn from their experience.  Chances are you will learn something about yourself or the world that will cause you to grow into more of the person you long to be.

Fast forward twelve years from my experience in the Philadelphia movie theater.  A small group of friends are coming home from a conference, I am behind the wheel.  I come upon an intersection that I normally “roll through” (everyone  does…if you stop you mess up the flow of traffic).  Well this time a local police officer has positioned himself with only one goal in mind…to catch people doing exactly what I was doing.  Lights on, me with a car full of people, I am guilty…but not really because this is such a minor thing (truly, if you saw the intersection you would understand).  The officer approaches, we go through the normal procedure, there are questions and answers.  I give him paperwork and get more paperwork back in return.  After the allotted time I slowly pull away and my African American friend sitting next to me in the passenger seat looks over at me and says, “I never could have done what you just did.”  What!  Truly now is not the time…I am annoyed, frustrated…I have been persecuted here…now is just not the time.  He will not let it drop.  “I would not have gotten away with what you just did back there.”  I could sense he was not going to let me off that easy…we were going to have a conversation about this…whether I wanted to or not.  “Ok, exactly what did I do that was so wrong?”  Gently, and with grace my friend spoke words of truth into my life, “You treated that officer with disrespect.  You were annoyed at being caught and you were not respectful in the way you talked to him, in the way you looked at him.  You let him know that you were annoyed with him doing his job…even though you were guilty.”   I protested for a few moments.  Then as the interaction played through my mind, from the moment the lights came in my rearview mirror, to the first interaction until we parted ways…I realized my friend was right…I had been rude.  There was no need for the officer and myself to interact that day, the only reason we did was my failure to stop at a stop sign.  My friend continued, “I never could have gotten away with that.  You had the freedom to be rude.  If it had been me driving I would have had to have been respectful and not displayed any emotions at all.  If I had acted like you did…chances are very good I would have received more than a ticket.”  People in the rest of the van were talking…but I drove the rest of the way home in silence.  I was left, once again, to realize how unaware I am of my privilege and the way it changes the way I move through this world.

I never want to lose sight of the many ways I move through life unaware or oblivious to the ways other people are impacted by things I do not notice or simply take for granted.  I want to grow in my ability to see the world as others do.  I want to be sensitive to their experience and work to find ways to lessen the struggles of life for everyone.  I need people like my friend to point out places where I continue to be blind.  I need a community to help me see things clearly and correctly.  I must remain vigilant, constantly checking my thoughts and emotions, asking if I am responding with a spirit of entitlement or seeking to learn from and about the experiences of others.

If we could live that kind of privilege we would be one step closer to learning how to, “love our neighbor as ourselves.”

ABBA Father may it be…