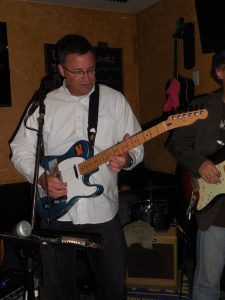 The past few weeks have not been easy ones for our country.  We have watched the latest incidents where African American men have lost their lives while interacting with police officers.  Peaceful protests have turned anything but peaceful as tensions overflowed and people reacted in less than productive ways.  In Dallas we saw evil rear its head as violence and death was unleashed upon a peaceful protest and the police.

Reports from around the world have shown multiple attacks upon peaceful people simply going about their everyday lives.  Terror was unleashed upon many as a few have chosen to react violently to what they saw as injustices within our world.  We have seen an entire country turned upside down as a few sought to overturn the government.

It would be easy to look at recent world events and become depressed about the future of our country and world.  In the midst of all this chaos and upheaval people are seeking answers.  For some the answers begin to come as they write, as they share the reality and totality of their experience.  A good friend of mine, Taylor Albright, has been sharing some of his thoughts via Facebook and I have found them helpful and challenging.  Taylor is an Episcopal priest who is also a very gifted musician and has a sharp mind and great sense of humor.  I asked him if I could share some of his thoughts off of Facebook.  He graciously agreed.  We both struggle with whether or not Facebook is the appropriate place to have conversations like this…but the conversation has to start somewhere if we are ever to see renewal and transformation.  Taylor, thank you for your piece in starting the conversation…may it continue until “Thy Kingdom Come!”

My perspective on the issues confronting our country has been shaped by two streams. One seems controversial, perhaps irrelevant or ‘other worldly’ to some. I see the world through the narrative of God revealed most clearly in Jesus. Which means Life has hope, and there is a commitment that goes all the way to death in the name of love for anoher. My other source is the city where I grew up, Baltimore. Once a place where two cultures merged – an old Southern one that one side of my family claimed vigorously, and a faster, more Northern culture. Here are some facts about Baltimore that seem to reflect the reality of some urban centers in our country. “Less than 60% of Baltimore’s high school students graduate, the worst mark in the state — by far.” “Black infants in Baltimore are almost nine times more likely to die before age 1 than White infants. AIDS cases are nearly five times more common in the African-American community.
“Baltimore’s infant mortality is on par with Moldova and Belize” Ironic since the Johns Hopkins Medical Center is considered the best in the world.
More irony: In Baltimore City, the communities of Roland Park (where I spent two glorious years in school), Guilford and Homeland are some of the most desired in terms of ‘old money’ wealth. Six miles across town, the life expectancy is 20 years lower. Baltimore’s issues of race are long standing. And they have been reinforced by decisions to make sure Blacks and whites would not live in the same areas. In 1910, Baltimore enacted a segregation ordinance. In the 1930’s, decisions were made concerning federal funds to only allow Blacks to live in specific areas of Baltimore. That rationale was used again in the post WWII expansion, where loans were made available for whites in a variety of areas, but for Blacks, loans only applied in approved areas. If you love going to games at Camden yards, and having a nice dinner in the Inner Harbor, you might want to know that when Baltimore began removing low income housing to make way for the Inner Harbor and similar projects (especially between 1951 and 1971), 25,000 Black families were displaced. And they didn’t move out to County either. One of the misunderstandings some people hold, and there are many by every possible constituency, is that we are all on the same level playing field. Actually, that isn’t true. Multi generational racism is more than a feeling. It took generations to work its way into our very blood. And it will not go away with an election or a protest or a new law. But as long as we hold fast to all of the old ways of thinking, and the ridiculously limited version we are receiving from our political leaders, we are doomed to continue in this deepening conflict of inequality, blame and escalating violence. It will require something greater than us working in us. It took God giving up a son to reconcile us to himself. Reconciliation will cost each of us something. And winning arguments and defending positions long held will not pay the price.

The conversations are often shallow, and polarizing. Either or. Either you support law enforcement or you support Black Americans. When did that happen? I grew up in Baltimore and, for some reason, perhaps a need to rediscover or redefine myself, I find myself reading the Baltimore newspaper, and researching things about Baltimore that I never knew. And the history of very intentional institutional racism, specifically around housing, explained a lot of the city I remember. The areas where there was violence last summer are the same areas that always burn, as they did in ’68. I played basketball in those areas, but otherwise avoided them. Like most sane white people. And mobile Black people. How are these areas where carrying a gun is almost mandatory, ever be healed? Can they ever become areas where a Mom can ask her child, “What would you like to be when you grow up?” and actually picture her child growing up? And having a choice? In Baltimore, it isn’t about fear of violence everywhere. Everyone knows you can go to all kinds of places in and around the city at any hour. But that there are three areas no one goes to unless they are looking for trouble or already in trouble or have no choice but to live there. Was Galilee as intense in first century occupation, with the return of refuges and the increasing number of non Jews? Where a person from Jerusalem could spot you a mile off, even just by your accent? What does our Christianity mean if we are able to write off these neighborhoods or reduce the issue to criminals with guns and cops with guns? Well, it just bothers me deeply. And I see most of ‘church’ around here meaning that God is on our side and will help us reduce our anxiety and see our kids excel at soccer and school and live very pretty lives.