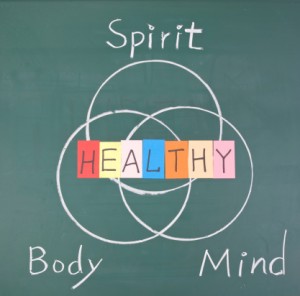 TUESDAY WAS MC ROUND 2

It was still dark early Monday morning when we left Locust, NC.  It was a long drive home.  Traffic was lighter than it would have been Sunday but I was tired going into my chemo day.

Tuesday morning I was just not into this chemo thing.  I woke up feeling as if it was going to be a long hard day.  It was damp and rainy which did not help my spirits.  I reminded myself that God is Good All the Time and headed off to my oncologists office for treatment.

I arrived a few minutes late.  Sat in the office for fifteen minutes (which is unusual) when the nurse appeared.  “I do not have orders for you!  You can wait here or you can come wait back with us but I am not doing anything without orders!”  She promptly disappeared back into the chemo room.  I looked at Nancy and said, “What am I doing here today?”  “I do not do well with her and I am not in the right frame of mind to deal with her all day.”  She is the one nurse in the whole practice who I do not do well with.  We have a history. END_OF_DOCUMENT_TOKEN_TO_BE_REPLACED 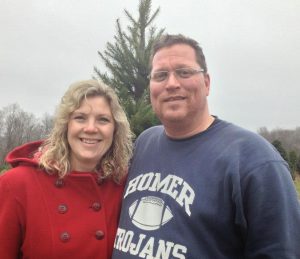 I am glad Facebook is slowly returning to the normal random news from peoples lives.  A good friend of mine from upstate NY recently shared a story that got me thinking.

Bob was flying home from a trip and there was a cat roaming up and down the aisles of the plane.  Nobody seemed to want to claim the animal and it was happy exploring the new habitat.  He was not amused…this was his post

There is a loose cat roaming around on this plane. It’s cute and all but last month it was a full sized dog laying in the aisle and taking up precious foot room….when will we stop this? I wonder if goats and other barn yard animals are cool to board as well

I saw an opportunity.  I wonder exactly how many different kinds of animals you could get on a plane?  Could we turn the challenge into some sort of contest? END_OF_DOCUMENT_TOKEN_TO_BE_REPLACED 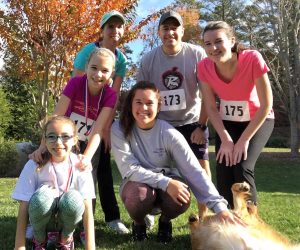 5K TO START THE DAY

Thanksgiving started with Rob & Joy leading some of our clan in a 5k race.  The cousins (Haley, Sophia, Samantha and Rayann) joined together to do the family proud.  The race began at 8:30am.  I was glad to be resting quietly in bed while the younger ones were out running to represent the family. 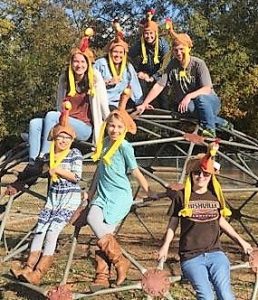 Later we all gathered in Norwood where we had the opportunity to take some family pictures.  There are pictures of all the cousins gathered for Thanksgiving over the past few years.  One thing is clear…time is marching on.  Our children are doing what children tend to do and are getting older each day.  It is hard to recognize them from what we remember from years past. 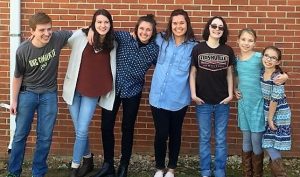 It is always good to spend time with family.  Thanksgiving is a special time for our NC family.  Everyone gathers together, shares way too much food and catches up on life.  There are joys to share and sorrows to carry together.  We get to talk to the younger ones about plans for the future and listen to their hopes and dreams of what could be.  We celebrate the successes and encourage each other to take steps forward.

END_OF_DOCUMENT_TOKEN_TO_BE_REPLACED 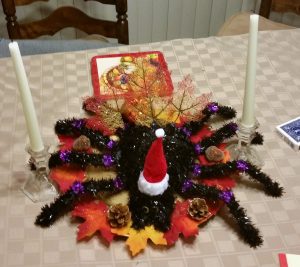 This was a special Thanksgiving.  We traveled to North Carolina to spend time with family.  It was especially good to catch up with Joseph.  Joseph is doing great, learning to balance college, work and other pursuits.  Nancy and I had a special dinner with Joseph the other night and it was fun for just the three of us to share a meal together.

Today was filled with family and food.  The Parnell Thanksgiving was at 12:30…followed by another meal at 6:00 with the Barbee family. 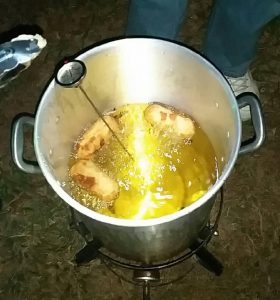 The highlight of the Parnell Thanksgiving was Judy’s centerpiece.  Before you ask…no, this is a limited edition creation and is not available for mass production.  Noonan the Thanksgiving and Christmas Spider is designed for those who struggle with holiday decorations.  You put him out at Halloween and can leave him on display until Christmas.  There is no need to change decorations every few weeks October thru December.  Rayann and I spent hours shopping and working on getting it ready for the meals today.  Judy appreciated our efforts but was not very affirming regarding the outcome.  Noonan will end up in my sister in laws fifth grade classroom once Thanksgiving is over.  Joy said, “My students will love him!” 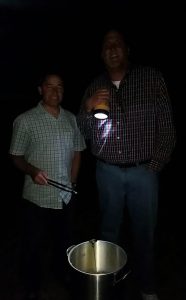 Rob & I hard at work with the fryer

Tonight Rob (my brother in law) and I broke out the fryer and explored the finer side of dining.  We made our own hush puppies which were amazing.  If you do not know what hush puppies are you are missing out on some of the finest fried dough on earth.  After the meal we stepped into a whole different world and fried up some Twinkies!  It was a great way to end the day.

Monday was the first round of Maintenance Chemo.  I will continue this treatment plan for a season.  During this stage of treatment Dr. Saroha and I will be monitoring how I feel, signs of active cancer and any indication of “relapse”.  When there are any signs of active cancer we will return to some form of more aggressive treatment.  My prayer is that we can avoid that reality for a rather lengthy period of time.

Last Friday I met with Dr. Saroha and we talked over options and ended up choosing to enter the maintenance chemo season of treatment.  As we were talking about my cancer he used the word “remission”.  “Remission” is a word I was told never to expect to hear.  When he spoke it I was taken by surprise and did not say anything.  We were in the midst of making big decisions on the future of my treatment.  The word was spoken, hung in the air and then was quickly passed over as we made life altering decisions.

A few days later I could not escape his use of the word.  What did he mean when he spoke it?  I know what I have always taken it to mean when someone with cancer shared that they were in remission.  How could this be when I was clearly told to never expect to hear such words in my case?  I needed answers.  Email is awesome.  With a quick note to Dr. Saroha I had my answer in less than 24 hours.  I thought I would share it here.  I think it is helpful to understand how some of those who care for us use language and it speaks clearly to my condition.  Here is his response:

Unfortunately, “remission” is not a well defined medical term and we do use it variably during discussion about cancer. There are two common scenarios that you may hear it used-

1) Cancer was treated, there is no evidence of cancer currently, patient may be cured but we won’t know for sure for a few years, so we may call it “remission” until we can call it cured or the cancer returns. This would be the situation with an early stage colon cancer that was resected and then patient may have had chemo for a few months afterwards.

2) Cancer was treated, there is no evidence of active/progressing cancer (but there likely is some cancer in the body), plan is observation (no chemotherapy) or maintenance/low-dose chemotherapy until we see progressing/worsening cancer, so we may call it “remission” until cancer gets worse (called “relapse”).

I used it in 2nd context. Although, I certainly would like you stay optimistic (rarely these “remissions” can last years and as you know, miracles can happen!).

While I certainly would have liked to have been in the 1st context I am glad we can say “there is no evidence of active/progressing cancer”.  Our plan of low dose chemotherapy should keep any cancer from growing for a season.  My prayer is that I stay in this stage of “remission” until someone comes up with some new treatment which will move me closer to a cure.  I love Dr. Saroha’s closing words, “miracles can happen”!  Amen, Amen and Amen! END_OF_DOCUMENT_TOKEN_TO_BE_REPLACED 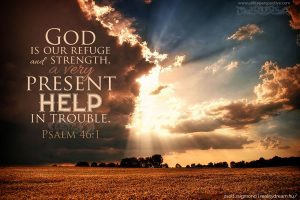 I had a meeting tonight.

George always opens our meetings with a passage of scripture.

I am not sure how or why he chooses the scripture he reads before each meeting.  I do know that during those times it calms my heart, directs my attention and speaks to my soul.

Tonight George shared from the Psalms.

God is our refuge and strength,
an ever-present help in trouble.
Therefore we will not fear, though the earth give way
and the mountains fall into the heart of the sea,
though its waters roar and foam
and the mountains quake with their surging.

There is a river whose streams make glad the city of God,
the holy place where the Most High dwells.
God is within her, she will not fall;
God will help her at break of day.
Nations are in uproar, kingdoms fall;
he lifts his voice, the earth melts.

The Lord Almighty is with us;
the God of Jacob is our fortress.

The Lord Almighty is with us;
the God of Jacob is our fortress.

As I listened to him read I could not help but hear how this passage speaks to today’s election and the days that will follow. END_OF_DOCUMENT_TOKEN_TO_BE_REPLACED 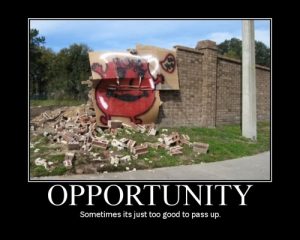 “Hey Dan, I have an opportunity for you.”

This was how many of our conversations began.  Over time I learned to laugh and beat him to the punch.  “So, what opportunity do you have for me today?”  Walt was one of those happy, easy going guys who had the gift to see the positive in every situation.  Even the worst of times was an “opportunity” for someone to learn something new, to grow, to rise above expectations and do great things.  The truth.  Walt knew every “opportunity” was a moment for us to remain faithful, do our best, and then watch as God showed up to redeem and transform a difficult situation.

I was a young man when I worked with Walt and Carol.  I learned a lot.  Above all I learned that even the most difficult of situations is “an opportunity” to see God at work.

I thought of Mr. Opportunity this morning when I read my devotional.  I want to share it with you here.  It comes from Sarah Young’s “Jesus Calling.

Every time something thwarts your plans or desires, use that as a reminder to communicate with Me.  This practice has several benefits.  The first is obvious: Talking with Me blesses you and strengthens our relationship.  Another benefit is that disappointments, instead of dragging you down, are transformed into opportunities for good.  This transformation removes the sting from difficult circumstances, making it possible to be joyful in the midst of adversity.

Begin by practicing this discipline in all the little disappointments of daily life.  It is often these minor setbacks that draw you away from My Presence.  When you reframe setbacks as opportunities, you find that you gain much more than you have lost.  It is only after much training that you can accept major losses in this positive way.  But it is possible to attain the perspective of the apostle Paul, who wrote: Compared to the surpassing greatness of knowing Christ Jesus, I consider everything  I once treasured to be as insignificant as rubbish.