So begins the book of Ecclesiastes. 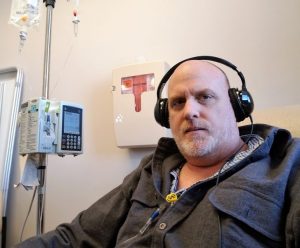 I have some thoughts this Sunday evening as I ponder that which has been and that which will be.

God has been gracious and my body has handled this round of chemo much easier.  I am not sure why.  Sure, I have been weary and have needed naps on a regular basis…but I have also been able to do much more than I ever did back in 2016.

For the past few days Nancy and I have been spreading mulch on our back hill.  I unloaded and spread about two yards of mushroom dirt the other day.  Back in 2016 at this point in my treatment I needed a walking stick to move around.  I have given up trying to understand what is different…I am simply thankful. END_OF_DOCUMENT_TOKEN_TO_BE_REPLACED 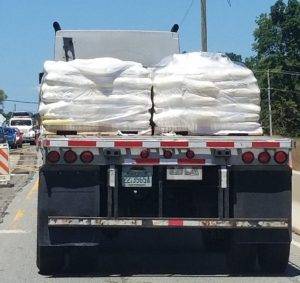 The past few days have been real scorchers.  Today is beautiful.  Sun is out, high around 84 degrees.  It is the kind of day you want to leave the office for anywhere outside.

Earlier in the day I dropped Rayann at the airport for her trip to Roatan.  On my way back to church I got behind a large truck.  I am an inquisitive kind of guy.  What are they carrying?  Turns out the truck was filled with bags of ice-melt.  The kind of stuff my friends up north are very familiar with.  I purchase about a dozen bags at the beginning of the fall/winter season and hope that it will be enough to get me through the winter.

It was all I could do to stop from laughing.  Beautiful sunny day, high near 90 and here is the reminder…winter is just around the corner.

Seasons can change quickly.  We are familiar with, and therefore somewhat prepared for, the changes from spring to summer to fall to winter and back to spring.  There has been a pattern and we have grown accustomed to the changes.  Sometimes we may spend a little more (or less) time in a particular season, but we recognize and are comfortable with the pattern.

Life has seasons.  Seasons that we often do not see until we are looking backwards. END_OF_DOCUMENT_TOKEN_TO_BE_REPLACED