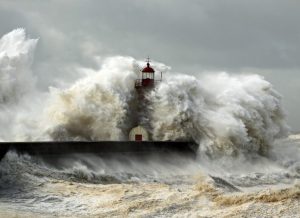 Early 2020 was a fantastic season. I was full of energy and got lots accomplished. As we entered Lent things took a different turn. Where to begin?

In mid-February started having trouble keeping food down and my food intake dropped significantly. I would not quite call it a fad diet, but I have managed to drop over twenty unwanted pounds. Many dieticians have met with me. Each one is concerned with my current weight drop. As I explain the history, the fact that the steroids from my treatment led me to put on over fifty pounds, their concern lessens. Our conversations usually end when I give them my “target weight” and commit to trying to eat but confess I will not become anxious about the situation until we drop below said target weight.

March 10th my symptoms became so severe I had Nancy drive me to the ER at 1 am. The upside was there was no traffic and the ER was basically empty, four people in the waiting room. I was seen quickly and admitted even faster. This visit we treated symptoms and once I felt better they released me home. It was a mistake.

March 17th was a normal visit with Dr. Schneider. I was not with him long before it was determined that I would be a “direct admit” into the hospital. My symptoms had returned and were worse than before.

Thus began a large number of tests. The most significant finding was that my liver enzymes and bilirubin numbers were out of wack. Like extremely out of wack. As with every step on this journey I have learned much. For example, your liver creates bilirubin and needs to get rid of it through the liver into the intestines. Bilirubin is that magical substance that gives color to our poop. Elevated bilirubin numbers mean that your body is not processing that waste effectively.

The concern quickly became liver damage. There were multiple schools of thought on the cause. The hospital doctors believed it was caused by the chemotherapy I was receiving via my pump. Dr. Schneider (my oncologist) did not believe that was the case. All those numbers had been within acceptable ranges (we track them on a regular basis) and then suddenly jumped. Dr. Schneider was of the opinion that something else was going on.

Options ranged from a virus to damage caused by the chemotherapy, with a few other ideas in between. Soon different medical teams were taking sides and pushing for their opinion.

Words matter and clarity is key! As each doctor team would visit my room they would share their opinions.

To make matters worse, the doctor I wanted to hear from most, Dr. Schneider was not allowed into the hospital (Covid19).

During one rather tense discussion with two hospital doctors, I asked them to be still for a moment. I pulled out my phone and called Dr. Saroha (my first oncologist). They listened as I explained what was going on and asked his opinion. He very calmly helped me walk through some options and then suggested we go ahead with a certain test, in spite of the risks.

When I got off the phone one of the doctors in the room asked (rather rudely) who I had been talking to? I explained, “It was Doctor Saroha, the oncologist who has managed to keep me alive for the past five years…which is a far cry from what it feels like is happening now.” Amazing how a little level setting and attitude adjustment can help us all become one and work as a team.

Dr. Schneider has been doing a great job from a distance. He has presented my case to the doctor who has the most experience with these pumps. They have reviewed all the tests, scans and such. It is clear they are of the opinion that something other than the chemotherapy is causing my issues. Working together they have a plan A, plan B, and a plan C, all of which will help restore me to health. Dr. Schneider has called Nancy to update her on what is going on. That graciousness is much appreciated.

Through it all Nancy and I have been separated by Covid19. The hospital is closed to visitors and it is clear they have a new way of operating. Being apart from Nancy is not easy. She usually stays right by my side during these hospital stays. In one sense I am glad she gets a break and can rest at home. On another hand, I miss her quiet strength. If you know my Nancy you know that is how she moves. Never seeking to be first or in the limelight, but there is a quiet strength within her soul that allows her to carry and share more than most.

Hold on tight, this might be a little graphic for some. Yet if you are to truly understand you must hear the full story. During my first hospital stay, I was tossing cookies out the top and bound up tighter than you can imagine down below. As each doctor and nurse entered my room we would talk about how I was doing in both areas. The answer was always, not well.

Slowly my stomach stopped churning and came under control. My bowels remained as tight as ever. After multiple oral “answers” it was decided to use a stool softener. In walks Gina. Twenty-something, smiling, happy, joy-filled, okay Dan it is time for your suppository. The smile on her face, the joy in her voice actually took me off guard.

I am not blind to my current realities. I am not the hunk of a man I used to be. Nancy may be the only person on earth with vision to see me that way. I fall into the mid-life, been fighting cancer five years, overweight kind of category. Yet Gina was filled with joy as she had me roll over and did her job.

A few hours later it was clear the suppository did not work. In walks Gina. Okay, now we will try an enema. Same smiling, happy, joy-filled, almost skipping across the room person. I am still the embarrassed, frustrated, bound up person I was. Gina did her work. The enema did its work.

Laying in bed that night I heard God speak to me. “If Gina can be such a source of joy while she works on your backside (I censored the true wording) why do you complain about some of the simple things I ask you to do?”

I had no answer. Laying in the dark I confessed all the times I have approached a task with anything but joy and a smile. I thought of how Gina’s smile and joy brought comfort to me. To learn to live and move in such a way, what an invitation.

All of Life is gift…even the enemas.