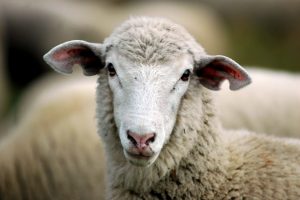 It is not broken, that would be nice. Once broken, you can begin the process of mending, of healing.

No, my heart is breaking.

As I think about all the hurt, pain, anger, mourning, hatred, and fear that is spilling out into our world, my heart is breaking.

I want to believe we are better than this. The sad truth is we are not.

Events of the past few weeks have served to reveal the pain and hurt so many within our world are carrying. The deaths of George Floyd, Breonna Taylor, and Ahmaud Arbery are but the most recent in a long history of violence done to non-white people within our country.

On my bookshelves, I have a copy of “Without Sanctuary, Lynching Photography in America.” It is a sad and stomach-turning record of lynchings that took place in our country’s not too distant past. The vast majority perpetrated upon men and women of African-American heritage.

The most frightening piece about the images contained within the pages is not the actual hangings. What scares and saddens me more is the way people are clamoring to have their pictures taken with the deceased. Dressed in their Sunday best people pose beside and in front of a corpse hanging from tree or lamppost.

I can hear the protests. Pastor, those lynchings you speak of took place years ago. It is time to move on. Stop looking at that book and forget what is past. Time to forgive, forget, heal, and move on.

Here is my problem. Many of the attitudes, beliefs, thoughts, and behaviors that allowed the pictures which fill this book still exist today. We may have become more nuanced in the way we practice much of our racism today. The sad fact is it still exists. Sadder still is the truth that I can allow attitudes, thoughts, and beliefs to take root in my own thinking that are far from the Kingdom of God.

Jokes told in small circles or via email. Knowing glances between family or co-workers as we speak of “those people.”

Separate and unequal schools that start children off behind those from more affluent neighborhoods. Once you start off behind, it is near impossible to catch up. No matter how hard you work, if you do not have the resources at your disposal to get ahead, it feels like an overwhelming struggle.

I could go on. Suffice to say our systems and structures are ripe with examples of how we pick winners and losers, many times based upon nothing other than the color of their skin.

Now and then, there are raw and disturbing moments where our racism loses its nuance. Events where people’s attitudes and beliefs result in actions the vast majority of us find utterly appalling. Our hearts break.

The truth is our hearts should be breaking all the time. We should be disturbed by the mere presence of such attitudes and ideas present within our world.

My place of Privilege

Privilege means I am free to move through life without having to think or worry about certain things.

Privilege is all of that and so much more. Privilege is moving through life unaware that I even have said privilege.

It was late in the afternoon. We were on our way home. The van was filled with people, and I was hurrying to get back so I could make my next appointment. As I rounded the corner, the car pulled out behind me, and lights came on.

I pulled over, prepared my documents, and rolled down the window. My interaction with the officer was cordial but not overly respectful. I was embarrassed, hurried, and felt put out. Once I received my warning, we were back on the road.

A few yards down the road, my African American friend said, “I could never have done what you just did.” Shocked, I asked what he was talking about. “You were rude. I could never be rude to a police officer like that.”

I protested. He insisted. A few miles down the road, it slowly began to sink into my thick skull. I have the privilege to be seen as rude or short with a police officer.

That is not something my friend would ever be able to risk. I may end up with a ticket. There is a long history of much worse consequences for men and women who look like him.

My heart breaks that I move through this world so blind to my privilege, so blind to the struggle of other’s life experiences.

My heart breaks that I am so good at defending my rights while devaluing the reality of another.

My Place of Silence

For the past week or so, I have remained silent. I have thought about writing but opted to be still.

The problem seems so deep, so profound that I have struggled to see how anything I could say might change anything.

I felt frozen, paralyzed in the face of such overwhelming suffering, pain, heartache, and sin.

Here is the problem. People are left to interpret my silence for themselves.

For those who are the victims of racism within our world, my silence is yet another burden for them to carry. Another example of someone failing to acknowledge and understand the depth of their pain and suffering.

Those who perpetrate systemic racism interpret my silence as agreement with their behavior.

People who look to me for leadership find my silence as an excuse to remain silent themselves.

Silence becomes comfortable. It becomes easy. The longer one remains silent, it becomes a pattern and a way of living and moving.

My heart is breaking…breaking at the thought of my silence, causing pain.

There are no easy answers. Certainly, not comfortable ones.

While I can offer no clear map forward to a better place, two thoughts have come to my mind over the past few days. I share them with hopes that, in them, you may find some sense of wisdom and direction.

I have been drawn to the story of Jesus’ resurrection of Lazarus. Lazarus was a friend. Jesus knew the family well. Lazarus died when Jesus was out of town. As Jesus reached the family and saw the depth of their grieving scripture records, “Jesus wept” John 11:35.

Confronted with the tears of Lazarus’s sisters, Martha and Mary, Jesus was moved to tears. The pain, suffering, and grief that the sisters and other mourners gathered in support of the family displayed touched his heart to the point of tears.

In a word, compassion.

Jesus was also grieved. Grieved to tears by the suffering and pain caused by sin. In Romans 6:23, the Apostle Paul writes, “the wages of sin is death, but the free gift of God is eternal life in Jesus Christ our Lord.” Death was nothing new. Sin has consequences. Death was and is a reality of the fact that we live in a world where sin abounds. The consequences of sin brought Jesus to tears.

What if you and I learned to move more like Jesus? What if we could allow our hearts to be grieved by the evidence of sin in our world. What if we were moved to tears by our thoughts, actions, and behaviors that are far from the kingdom of God? What if rather than celebrating, or explaining away such things they grieved us?

How would our world be different if we moved with the compassion of Jesus? Faced with the reality of sin, we did not feel the need to defend ourselves or attack others. We were free to move compassionately amongst those experiencing pain, heartache, brokenness, and loss.

I think it is important to note that Jesus did more than simply feel compassion and express grief over the state of affairs. Jesus moved to bring about change. Jesus acted.

He instructed the stone be removed from in front of the Lazarus’s tomb. Jesus called in a loud voice, “Lazarus come out!” (John 18:43) Scripture says that Lazarus came out, his hands and feet wrapped with strips of linen, a cloth around his face. (John 18:44) Lazarus found new life!

Filled with compassion, grieved by the consequences of sin in the world Jesus acted to redeem, restore, transform what was into new life. You and I can do the same. We can stand before systems, structures, and individuals who perpetuate a culture of racism and speak new life into them. Grieved by current realities, moved by compassion we must act.

My heart longs for such things to be true.

Many years ago, I was sharing a struggle I was having with a friend of mine. He listened patiently and respectfully as I outlined the wrong that had been done to me. I spoke of what I felt justice demanded in this situation. When I was finished my presentation, I turned to him, expecting words of encouragement and agreement. 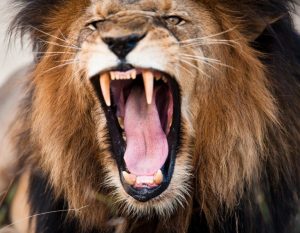 Instead, I heard, “Dan, what would it look like if you moved into this situation as a wounded lamb instead of like a roaring lion?” Having asked the question, he got up from our table. He was done. I was left trying to imagine living and moving in such a way.

Over the years I have often thought of his words.

If I stopped demanding my rights, insisting on people hearing my point of view and agreeing with me.

What if I entered into a relationship as a wounded lamb, open to see, hear, experience the reality of others. What would happen if I was willing to sacrifice myself (as a wounded lamb) on behalf of others?

My prayer for myself, for all of us, is that we would spend some time grieving.

May we be filled with compassion.

May we act boldly. That we would move towards one another as wounded lambs rather than roaring lions.

My breaking heart longs for such things.

Holy Spirit may it be.