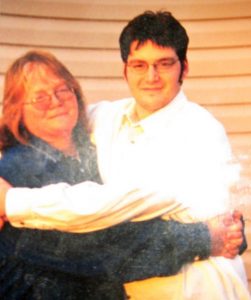 Andy and his mom, Dottie

Andy was in junior high school, I was in seminary. We became friends. God used Andy to show me what it means to live life with enthusiasm.

Andy and I first met somewhere around 1991.

I was the youth pastor of Maplewood Baptist Church, in Malden MA.

Andy was a junior high student. Full of energy, a little irreverent, a master at pushing your buttons. Exactly the kind of kid I loved spending time with.

My earliest memories of Andy were the times I drove him home from youth meetings early. Youth group lasted for two hours. He was always welcome to attend and participate fully. When he became disruptive, I would drive him the few blocks home.

That may sound harsh, but Andy had a way of undoing a room in mere moments. His energy was mesmerizing, and once he was losing control, there was no getting him back.

Some of my favorite times each week were the moments we spent driving to his house. He educated me on what was most important in his world. To this day, I cannot see a commercial for professional wrestling without thinking about Andy. END_OF_DOCUMENT_TOKEN_TO_BE_REPLACED

Today was a big day in our family. 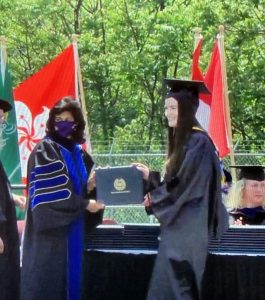 I had trouble understanding some of the trappings that went along with the ceremony.

There were three asterisks next to her name. I never had any such thing next to my name, so I assumed she was in some kind of trouble.

Turns out they put those next to the names of students who do exceedingly well.

She had all kinds of fancy chords that went with her robe. Again, nothing I ever had to worry about.

Turns out that those who are more engaged with their coursework get to wear all kinds of chords.

When I graduated college my father was extremely impressed.

Impressed with Lamar Nisely, the guy who sat next to me.

Lamar was one of those asterisk-getting, chord-wearing kind of people.

He must have been called up on stage to receive seven or eight awards during our graduation ceremony.

I had to stand up in order for him to pass by each time he left to go up front, and then return to his seat.

My father’s comment, “That Lamar was surely impressive. He had you jumping all during graduation.”

I am so glad that Rayann got her scholarly mind from her mother.

The Picture Sparks a Memory

The picture of Rayann at graduation was taken by someone who was watching via the live stream in North Carolina. They captured the moment perfectly. Nancy, Joseph, and I were a ways away sitting atop the bleachers.

The space shuttle Columbia launched for the first time.

My father took his camera and laid on our living room floor with the lens focused on the television. He took picture after picture trying to get just the screen and none of the sides of the television.

We waited weeks for the film to return from processing…only to find that in each picture you could see a corner of the tv cabinet.

Incredible how far we have come since that day.

Picture taken of television in NC, image texted to family in Pa, posted on FB for the world to see in just under ten minutes. 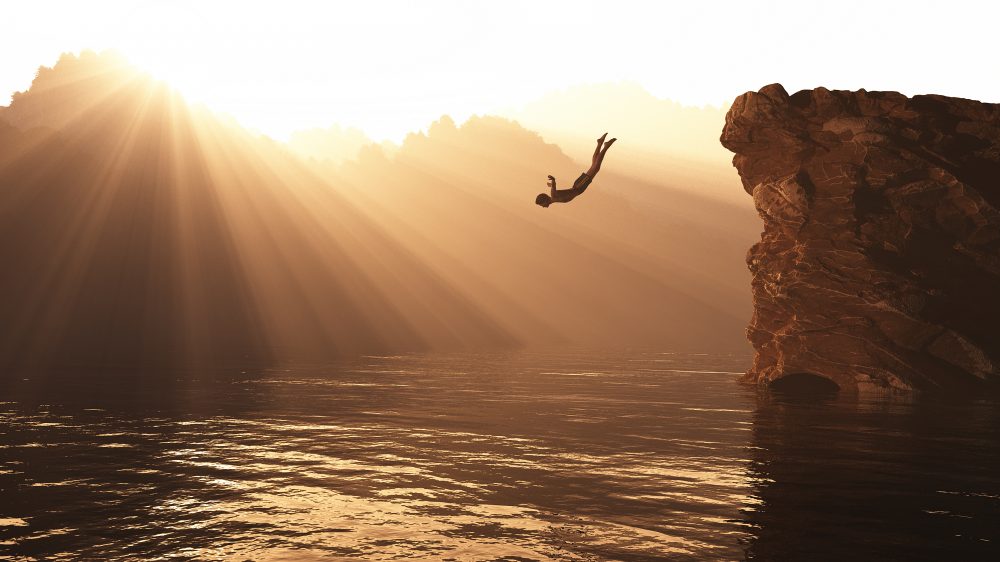 One Day at a Time

Let me share with you how this simple saying works so well in helping us navigate life.

Last Thursday evening I spent time putting together a post speaking about my cancerversary.

After preparing it for posting I chose to let it “sit” overnight so I could review it one last time with fresh eyes before making it public.

This time of year holds some significant anniversary highlights for me.

On Sunday, May 4, 2014, I accepted the call to serve as the pastor of First Baptist Church of Kennett Square.

Early May is also my cancerversary.

I was in the hospital as the doctors tried to figure out why I was having a hard time breathing.

A lot has happened over the last five years.

Anniversaries are moments to be still and remember the journey. To give thanks for each piece of the road you have traveled.

I have found myself in a very reflective mood as I think about the fears and concerns of those early days.

One of my early disappointments was not being able to do all the outdoor projects Nancy and I had in mind. Over the past five years, we have taken care of our initial list and even added more. The way we work together is different. I serve as supervisor and consultant. Nancy does most of the manual labor. I step in and work for as long as my body will allow me and then mutter something about not being the person I once was while I resume my role as supervisor.

It took me a moment to capture all the treatment I have been through over the past five years.

Putting it all down on paper was a bit exhausting. Maybe this is why I feel like I need a nap most afternoons? END_OF_DOCUMENT_TOKEN_TO_BE_REPLACED